Dr. Dongbin Xu is board certified by the American Board of Medical Genetics and Genomics in Clinical Cytogenetics and is the Director of Clinical Cytogenetics for HematoLogics. Dr. Xu obtained his Master’s degree in genetics from Fudan University, Shanghai, China, in 2003. He then came to the United States in 2003 and earned his doctorate degree in biomedical science from the University of Texas M.D. Anderson Cancer Center at Houston in 2009. Two years later, he completed a fellowship in cytogenetics at The Children’s Hospital of Philadelphia.

Dr. Xu is a fellow of the American College of Medical Genetics and Genomics. His area of specialty is cytogenetics, molecular cytogenetics (FISH), SNP microarray, and clinical molecular genetics, including next-generation sequencing. 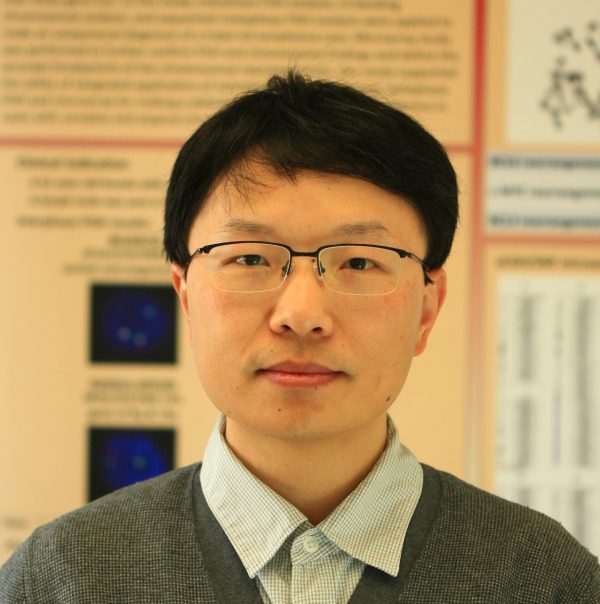